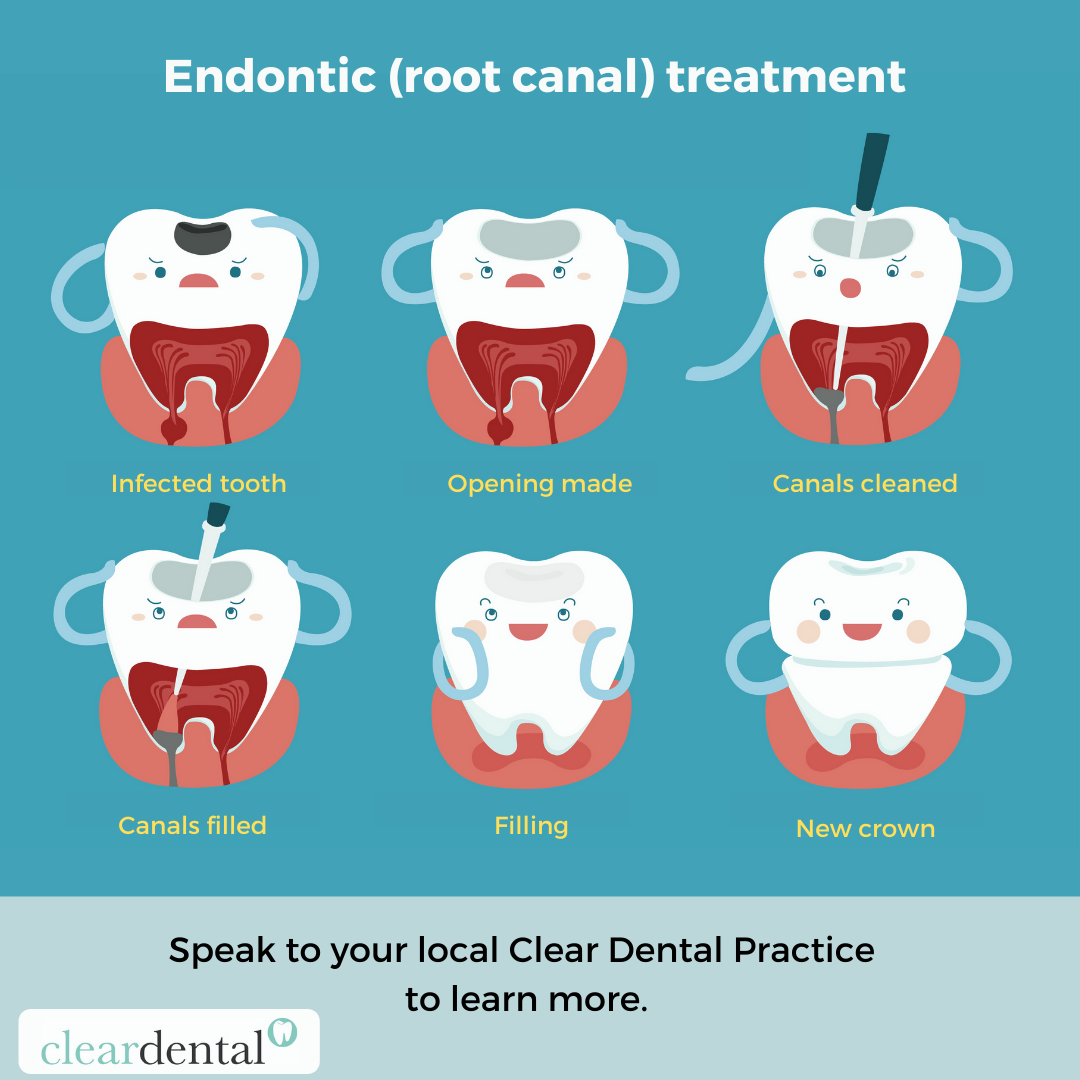 Teeth are held in the jaws by their roots. Front teeth normally have one root, but teeth further back have more.

At the core of each tooth is a soft mass of tissue called the pulp. In a healthy tooth, the pulp contains living fibres, cells, nerves and a blood supply, extending into the root(s) through the root canal(s).

Decay or injury can destroy the living pulp. Because dead pulps lacks a blood supply, it is more prone to infection, leading to an abscess and toothache.

The remaining tooth can then be repaired.

What will my dentist do?

What are the benefits?

Speak to your local Clear Dental Practice to learn more.